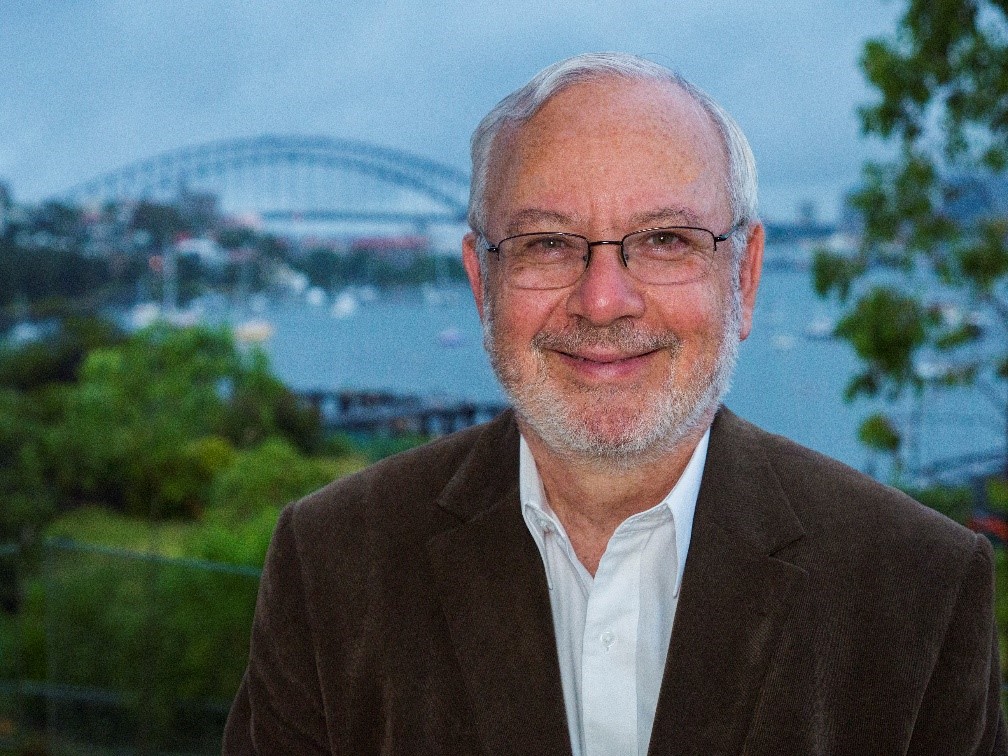 Dr. Roy G. Beran is trained as a consultant neurologist and accredited sleep physician, in addition to working within legal medicine, military medicine and aviation medicine. His qualifications include: MBBS, MD, FRACP, FRACGP, Grad. Dip. Tertiary Ed., Grad. Dip. Further Ed., FAFPHM, FACLM, FRCP, FAAN, FACBS, B Leg. S, MHL and FFFLM (Hon). He is registered with the Australian Health Practitioner Regulation Agency (AHPRA) as a specialist in Neurology, Public Health and Sleep Medicine and was a Designated Medical Examiner for the Civil Aviation Safety Authority, a medical assessor for Dispute Resolution for the State Insurance Regulatory Authority and an assessor for the Workers Compensation Commission of New South Wales (NSW). He is a Conjoint Professor of Medicine at the University of NSW; Professor in the School of Medicine at Griffith University, Queensland; and Professor, Chair, Medical Law, Sechenov Moscow 1st State University, Moscow, Russia. He was the inaugural Visiting Professor at the International Research Institute of Health Law Sciences at the Southern Medical University, Guangzhou, Guangdong Province, China.

He is: a founding Fellow of the Australasian College of Legal Medicine; a Past President of the College, having stepped down in 2011, while remaining on Council, and was awarded the second ever Honorary Life Fellowship of the College. In 2019, he was appointed as ‘Co-Head of Faculty’ to convene and co-ordinate the College’s training courses throughout Australia. He is the Australian Governor and was the Secretary General and remains a Vice President of the World Association for Medical Law (WAML). He has published more than 370 papers, book chapters and letters to the editor, presented in excess of 400 papers at national and international meetings and written or edited 17 books.

1. Please Tell Us Your Scientific Background?

My background is that of a clinician, a neurologist, sleep physician, academic and basically involved in direct patient care. After completing undergraduate training in medicine, obtaining the MBBS qualification from the University of NSW, in Sydney, Australia, I undertook physician training before spending time in General Practice. While in General Practice, I completed the FRACP Part 1 and the FRACGP examinations, before returning to hospital training in neurology, first in Adelaide, South Australia, and then returning to Sydney and the University of NSW where I completed training in neurology, a postgraduate doctorate (MD) in neuroepidemiology (examining the prevalence of epilepsy and General Practice knowledge about epilepsy) plus 2 postgraduate diplomas in education and I was awarded the FAFPHM (specialist recognition in public health medicine). I then entered both private and public practice as a neurologist and was instrumental in creating a private sleep medicine facility at St Lukes Private Hospital, in Sydney, while working at Royal Ryde Rehabilitation Hospital (RRRH), Fairfield Hospital, Liverpool Hospital, Braeside Hospital, Prince Henry Hospital and completed approved training in sleep medicine. I remain a Visiting Medical Officer at Liverpool Hospital, RRRH and St Lukes Hospital. I was an officer in the Royal Australian Navy Reserves, retiring with the rank of Commander. My current research interests include the epidemiology of Creutzfeldt Jakob Disease with ongoing interests in epilepsy, stroke, Parkinson’s disease, sleep medicine, legal medicine, concussion and traumatic brain injury. I pioneered the conduct of research and clinical trials in private practice, being part of both multicentre and single centre trials, which involved both national and international co-investigators. I was accepted as a conjoint appointment by the University of NSW, culminating in appointment as a Conjoint Professor in the South Western Clinical School of the University of NSW at the Liverpool Hospital.

As a neurologist, I completed an undergraduate law degree at Macquarie University, external mode, achieving the BLegS, followed by master’s degree at Sydney University, achieving MHL. I was a founding fellow of the Australasian College of Legal Medicine, being a past president thereof, and was instrumental in creating a Master of Legal Medicine at Griffith University, Queensland, where I was awarded the academic title of Professor, in the School of Medicine. I was part of the International League Against Epilepsy, on the interface of medicine and law, chairing a section thereon in Sydney, at the Epilepsy International Congress, following which I was invited to join the World Association for Medical Law (WAML), representing Australia on its Board of Governors, holding positions as Vice President, Executive Vice President and Secretary General and currently am a Regional Vice President. Through the roles within the WAML, I was invited to the position of Professor, Chair, in Medical Law, at Sechenov Moscow First State University.

2. What is Your Main Research Area? How did You First Become Interested in it? Is There a Particular Case Which Has Influenced You the Most?

I first became involved in research while in Adelaide, initiating the South Australian component of the Australian national epidemiological study of Multiple Sclerosis with Prof Jeremy Hallpike. I then returned to Sydney to undertake my MD research, under the supervision of Profs James Lance and Ian Webster at UNSW. It was these endeavours which kindled my lifelong interest into research. Dr Graham Schapel, a clinical pharmacologist and neurologist, introduced me to clinical pharmacology and clinical drug trials and has remained a lifelong friend as has Prof Frank Vajda who has remained a role model. Dr Rod McKenzie was my motivation to become involved in sleep medicine and Prof Christopher Clarke whom I met when I joined the navy was instrumental in my studying law, an interest which has been maintained by my friendship with Prof John Devereux from Queensland University. It is not so much a specific case that motivated me to pursue research but rather the people whom I met along the way. I apologise to those many important and influential people whom I may have omitted to mention.

That which interests me most in research is trying to explain why the basics are being overlooked due to advances in technology, such issues include: the mechanics of gait disturbances in Parkinson’s disease; personalised treatment in epilepsy; understanding interfaces between neurology and sleep medicine; or why certain conditions seem more prevalent in specific locations.

4. In Your Opinion, What Challenges and Developments Do You Face in Your Research Work and Clinical Practice?

Perhaps the greatest problem facing a busy clinician, wanting to combine research with clinical practice, is to find the necessary time which is one’s worst enemy. To achieve a satisfactory result requires finding others willing to also contribute their time and effort, to build a comprehensive team of individuals who can work together and to turn ideas into reality. The first step, in this type of research, is to recognise that something is out of the ordinary and then to seek answers to explain those exceptions or unusual observations. This is never easy and the first move, to establish this process, is to publish that which one has observed and to garner the support to take it to the next level. This has underpinned my approach to find answers and to encourage others to also examine the issues that have arisen.

5. As an Experienced Researcher in This Field, What Do You Consider to Be Key Aspects of Research That Apply to Clinical Practice?

6. Do You Also Offer Training and/or Further Education in Your Area?

I love teaching and always run my ward rounds as clinical tutorials and always am delighted for students and colleagues to join me on my rounds.

7. How do Patients Benefit from Your Research?

I learn more by teaching than I ever do by offering clinical care. Patients are always the beneficiaries of clinical research because its purpose is to ask relevant questions and to endeavour to individualise patient care. One should never stop asking questions because it is patients who are the end users of the knowledge gained. It is imperative not to believe what others accept as obvious. Unless the underpinning explanations, for those issues under review, are logical and can be explained in simple, unambiguous language and developed at a level where a clinician can understand what is being offered, the implication is that the answer does not adequately address the question or the answer is yet to be discovered.

8. Let Us Know How You Balance Your Job with Privacy? What Are Your Secrets of Success for This?

It is never easy to balance quality of life and the inevitable intrusion that is part and parcel of clinical responsibility. Being on-call does invade privacy but is a necessary part of clinical practice, especially within a tertiary hospital environment. Having residents and registrars, upon whom one can rely, does reduce the amount of intrusion into one’s privacy, as does a workable roster for on-call duties.

9. What Are Your Future Plans?

At my stage in life, life has its plans for me rather than me having plans for life. It demands always being aware of opportunities and when appropriate seizing them. One should never accept, when told that something is impossible, that it is so, because, if one wants something sufficiently, nothing is impossible, although the possible may take a lot longer than one thought. My life has been the realisation of the impossible, rather than accepting the inevitable.