Changes in SPECT Brain Imaging in Pediatric Patients with Suspected Neuroborreliosis: A Series of 6 Cases

Lyme disease is a spirochetal illness transmitted primarily through the bite of ticks. The disease has a broad spectrum of comorbid conditions including osteoarticular, cardiovascular, and neurological involvement. In addition, clinical variability depends on the age of affected individuals.

The Center for Disease Control recognizes the disease as an epidemic and mentions it to be a major morbidity burden in our environment because of the frequent lack of diagnosis and early treatment. Scientific literature mentions that Lyme disease is related to conditions such as fibromyalgia, autism, or attention deficit hyperactivity disorder, among others.

Single-photon emission-computed tomography (SPECT) brain imaging is an indirect technique to measure cerebral blood flow and can be useful in diagnosing neuroborreliosis and monitoring treatment.

We present a series of 6 pediatric cases with varied neuropsychiatric symptoms and suspected neuroborreliosis that showed abnormal findings in the cerebral SPECT.

Lyme disease is a spirochetal illness transmitted primarily through the bite of ticks (especially by Ixodes ricinus in Europe). The disease has a broad spectrum of comorbid conditions including osteoarticular, cardiovascular, and neurological involvement. In addition, clinical variability depends on the age of affected individuals.

There is a scientific debate about the existence of a condition called “Chronic Lyme Disease” (stage 3 of the disease despite prior recommended short-term antibiotic treatment, which according to those scientists who support it is caused by persistent active infection) versus the so‑called “Post-Treatment Lyme Disease” (in which it is accepted that individuals correctly treated remain symptomatic because of a concurrent autoimmune process and not because of the continuity of the infection) [1]. Studies have shown the in vitro resistance of Borrelia to regular antibiotic protocols [1]. In addition, the infection persists in chronically ill patients with a history of treated Lyme disease [2].

Regardless of our stance on this debate, two things are undeniable. Firstly, the disease has reached epidemic proportions as recognized by the Center for Disease Control (CDC). Secondly, Borrelia burgdorferi infection carries a very high burden of morbidity in our area because of the frequent lack of diagnosis and early treatment [3].

Scientific literature mentions that Lyme disease is related to conditions such as fibromyalgia, autism, or attention deficit hyperactivity disorder, among others [4,5]. The term pediatric autoimmune neuropsychiatric disorder associated with streptococcal infections (PANDAS) has been revised to pediatric acute‑onset neuropsychiatric syndrome (PANS) to consider that other infectious agents might also cause neurotoxicity by inducing autoantibody production [6]. One of the microorganisms involved is Borrelia.

Magnetic resonance imaging (MRI) is often the first technique to be performed in cases of suspected neuroborreliosis. However, this technique is insensitive and nonspecific in most patients with a central nervous system involvement [7].

Single-photon emission-computed tomography (SPECT) of the brain is an indirect technique to measure cerebral blood flow. Its use in pediatric patients is uncommon because it requires cooperation from patients (use of sedation during the test may result in artifacts) and involves a certain degree of radiation. SPECT studies have added significant value in the diagnostic workup and clinical management of psychiatric neurologically involved patients [8].

SPECT can also be useful in the diagnosis of neuroborreliosis, especially in cases with negative serology; it is also useful for monitoring treatment response [9]. Neurological Lyme disease has no pathognomonic SPECT patterns, although there are suggestive findings (primarily parietal and/or temporal cortex hypoperfusion) [9].

Since the existence of vascular or toxic encephalopathies is anecdotal in pediatric patients, SPECT could be a highly valid tool for screening organic diseases in neuropsychiatric syndromes.

The numbers of CD57+ NK cells are low in patients with Borrelia infection; this finding could also be used for diagnosis  [10].

Finally, the levels of proinflammatory cytokines such as interleukin (IL)–8 or monocyte chemoattractant protein 1 are usually elevated in these encephalopathic syndromes [11].

We present a series of six cases (five boys and one girl) with varying neuropsychiatric symptoms. All these cases experienced fatigue, and all but one patient had inattention and/or hyperactivity. Three patients had a known history of a tick bite. Only two patients had serological results positive for Borrelia, and only one could have met the CDC diagnostic criteria for Lyme disease (positive serology and an equivocal Western blot; meaning the patient had positivity to 2 Western blot bands but without fulfilling the criteria for Lyme confirmation by that test according to the current guidelines). The remaining patients with negative serology had positive enzyme-linked immuno- spot (ELISpot) results, except for one patient in whom that test was not performed (Table 1).

SPECT studies were performed in all patients by administering age- and weight-appropriate doses of technetium Tc99m intravenously and capturing photon emission 20–30 min after the injection. All patients showed changes in SPECT brain imaging; in 5 patients, the pattern was suggestive of neuroborreliosis (it included parietal and/or temporal cortical hypoperfusion). Figure 1 is a SPECT image of patient 4 (dark brown areas represent hypoperfused areas while brilliant red or white areas represent normally perfused areas).

Based on the parents’ request, the brain MRI was performed after the SPECT findings only for patient 2. The result was normal.

Two patients had high IL–8 levels (these levels were not measured in other patients) (normal range, < 10 pg/mL). Informed consent was provided by all patients older than 12 years and by all parents before the publication of this manuscript.

Table 1 Clinical, analytical, and imaging data of the patients.

Table 1 Clinical, analytical, and imaging data of the patients. 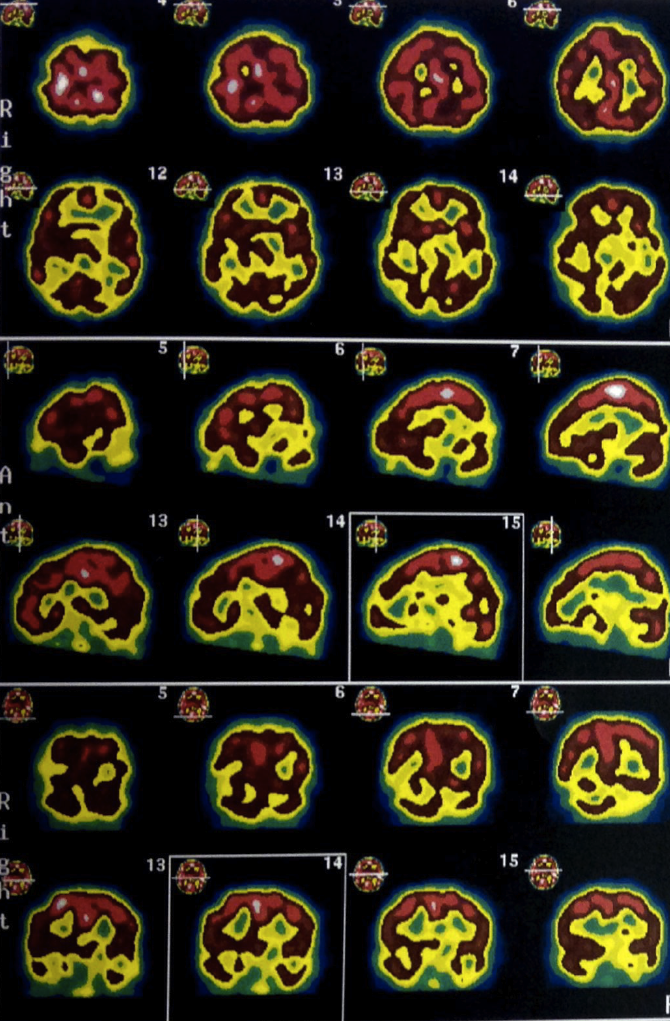 Figure 1 SPECT imaging of the brain for patient number 4.

Current diagnostic guidelines for Lyme disease require positive serology and confirmation with Western blotting. This diagnostic protocol has been questioned in some studies [5,9]. ELISpot for Borrelia burgdorferi is not currently considered suitable for the diagnosis of Lyme disease, although the test is considered suitable for other infections such as tuberculosis. Nevertheless, recent scientific evidence shows the utility of ELISpot in the diagnosis of Borrelia infection [12,13].

The known history of a tick bite is usually present in only 30% of patients affected by Lyme disease.

We suggest the need to review the diagnostic protocol of Lyme disease in Spain (after considering the use of more sensitive tools such as Borrelia ELISpot and sensitive Borrelia polymerase chain reaction testing tissues or blood or sensitive cultures). Organicity must be conclusively ruled out in pediatric neuropsychiatric syndromes. SPECT studies could play an important role for this purpose; physicians should suspect neuroborreliosis in children showing parietal and/or temporal hypoperfused zones in Lyme endemic areas. Misdiagnosing pediatric Lyme disease as a psychological illness can lead to inappropriate treatment not only by prescribing psychotropic drugs to a child who does not need them (along with frequent side effects of the drugs) but also by leaving an infectious agent without antimicrobial intervention.

Laura Alonso Canal: main author of the paper. Rest of authors contributed equally to this work (by helping elaborate the manuscript and obtain references).

This investigation did not receive any specific grant from funding agencies in the public, commercial, or not-for-profit sectors.