Editor-in-Chief of Journal of Energy and Power Technology Zhao Yang Dong (M’99–SM’06-F'17) obtained Ph.D. degree from the University of Sydney, Australia in 1999. He is currently the SHARP professor and Director of the University of New South Wales Digital Grid Futures Institute, The University of New South Wales, Australia. He is also Director for ARC Research Hub for Integrated Energy Storage Solutions. He was previously Professor and Head of School of Electrical and Information Engineering, University of Sydney, and Ausgrid Chair and Director of the Ausgrid Centre for Intelligent Electricity Networks, the University of Newcastle, Australia. He also held industrial positions with Transend Networks (now TAS Networks), Australia. His research interests include smart grid, power system planning, power system security, renewable energy systems, electricity market, load modelling, and computational intelligence and its application in power engineering. He is serving/served as an editor of IEEE Transactions on Smart Grid, IEEE Power Engineering Letters, and IET Renewable Power Generation.HE is Fellow of IEEE. 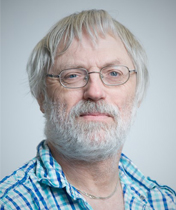 Bart Ellenbroek received his PhD from the Radboud University in Nijmegen, the Netherlands, where he stayed as assistant and associate Professor until 2006. That year he moved to a biotech company in Hamburg, Germany where he was vice president of neuropharmacology until 2011, when he moved to the other side of the world, to New Zealand. He is currently Professor and deputy head of School at Victoria University of Wellington.

In Wellington, Bart leads the Behavioural Neurogenetics group at the school of psychology, which focusses on gene-environment interactions in psychiatry, using several genetic rat models. Although the main emphasis of their work is on behaviour, the research also involves recording ultrasonic vocalizations and physiological parameters such as heart rate and body temperature. The central research theme allows for a broad range of topics to be investigated, and within the group, students are working on schizophrenia, depression, autism spectrum disorders and drug addiction. For more information see http://www.behaviouralneurogenetics.com. 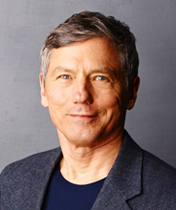 Dr. Michael Fossel obtained his PhD (Neurobiology) and his MD at Stanford University, where he had an NSF Fellowship, taught neuroanatomy, and began focusing on human aging, especially progeric syndromes.  He practiced as a Clinical Professor of Medicine at Michigan State University for almost three decades and continues to teach the Biology of Aging at the university level.

He served as the executive director of the American Aging Association and is currently the medical advisor for the Dementia Society of America. He was founding Editor-in-Chief of Rejuvenation Research. He has published more than 80 articles, chapters, and books on aging and medicine, including Cells, Aging, and Human Disease (Oxford University Press). This magisterial text, with over 4,000 references, reviews the fields of telomere biology and cell aging, and remains the only textbook on the clinical potential of telomerase. His latest book, The Telomerase Revolution, discusses prospective FDA clinical trials of telomerase therapy as an effective intervention for Alzheimer’s disease. His book was named as one of the best five science books of 2015 by the Wall Street Journal. He is president of Telocyte, a biotech firm targeting Alzheimer’s disease. 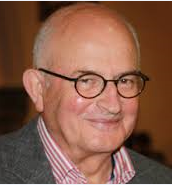 Editor-in-Chief of Recent Progress in Materials

Hossein Hosseinkhani received his B. Sc and M. Sc degree in Chemical Engineering from Polytechnique University and Ph. D degree in Polymer Chemistry in the field of Biomedical Engineering from Kyoto University. Dr. Hosseinkhani has broad experience in life sciences and is expert in nanotechnology and biomaterials. He has long experience in both academia and industry in biomedical engineering research and development, which includes several years of basic science research experience in a number of premier institutions related to the structure and function of biomaterials, and in polymer-based and mineral-based medical implants development in the medical device industry. Dr. Hosseinkhani has several issued/pending patents and has authored over 100 international publications in prestigious international journals and over 200 presentations at international conferences. 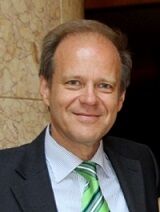 Gerhard Litscher obtained M.Sc. (Biomedical Engineering, 1984) and Ph.D. (Doctor of Technical Sciences, 1987) from Graz University of Technology, and M.D.sc. (Doctor of Medical Sciences, 2004) from Medical University of Graz, Austria. He has been leader or member of international professional societies, e.g., President of International Society for Medical Laser Applications (2012 to date); President of European Medical Laser Association-Austria (2012-2013); Vice president of International Medical Laser Association (2012 to date); Council Member of World Federation of Chinese Medicine Societies (2012-2016), etc. Now he is Professor and the head of (1) the Research Unit for Complementary and Integrative Laser Medicine, (2) the Research Unit of Biomedical Engineering in Anesthesia and Intensive Care Medicine, and (3) the TCM Research Center Graz at the Medical University of Graz. Professor Litscher’s special interests are computer-based High-Tech Acupuncture Research and Neuromonitoring. He has authored over 600 scientific publications and been invited for many lectures internationally. He is Visiting Professor and/or Honorary Professor of eleven universities and institutions in China.

Editor-in-Chief of Advances in Environmental and Engineering Research Zed Rengel earned his B.Sc.(Honours) and M.Sc. degrees from Zagreb University (Croatia), and PhD degree from Louisiana State University (USA). He is full Professor of Soil Science and Plant Nutrition at the University of Western Australia (since 2001). Zed supervised 42 postdoctoral fellows, and 39 PhD, 17 MSc and 46 Honours students, and hosted 66 visiting scientists from all over the world. Zed was awarded 9 prizes, 28 fellowships and awards, 4 Honorary Professorships and 5 Visiting Professorships. He gave 50 invited keynote addresses at international Conferences and presented 322 invited seminars at 78 Universities and Professional Societies in 28 countries. Zed is the author/co-author of 400+ publications in peer-refereed international journals and 46 invited book chapters. He edited 8 books and 6 Journal Special Issues. Zed is co-Editor-in-Chief of Crop & Pasture Science (Australia). His h-index is 66 (Web of Science, all databases).

Editor-in-Chief of Journal of Animal Genetics, Transgenesis and Zoonoses 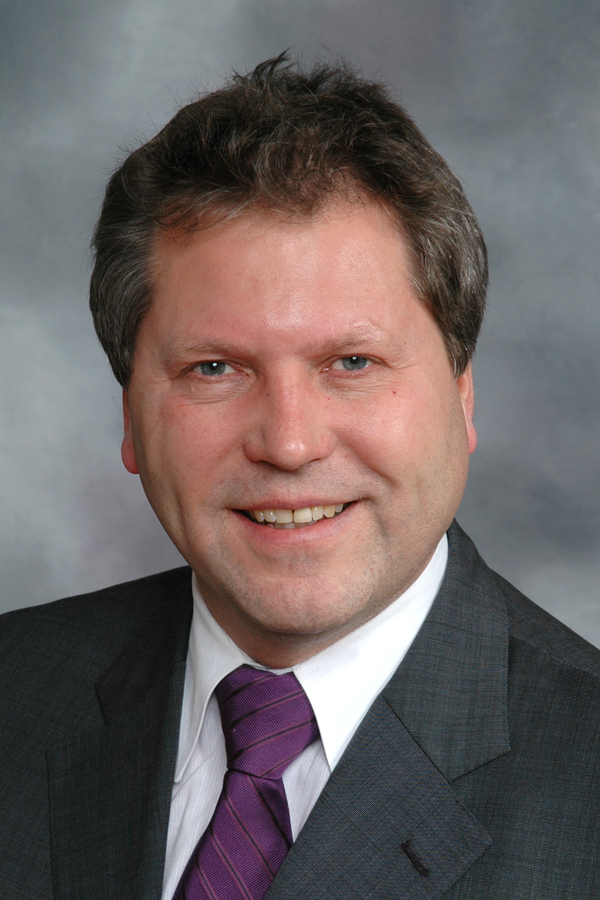 Juergen A. Richt received his Doctorate in Veterinary Medicine (DVM) from the Ludwig-Maximilians-University Munich and PhD in Virology and Immunology from the Justus-Liebig-University Giessen (1988), both in Germany. Afterwards, he completed three years of postdoctoral/residency studies at The Johns Hopkins University in Baltimore, MD, USA. Next, Dr. Richt returned for eight years to the Justus-Liebig-University Giessen as a junior faculty to establish his own research program. He later served for eight years as a Veterinary Medical Officer at the National Animal Disease Center (USDA-ARS) in Ames, Iowa.

Dr. Richt came to Kansas State University in 2008 as The Regents Distinguished Professor and Kansas Bioscience Eminent Scholar. In 2010, he became Director of the Department of Homeland Security Center of Excellence for Emerging and Zoonotic Animal Diseases (CEEZAD), which is working with Principal Investigators in 16 different universities, as well as various industrial partners. His work in veterinary microbiology has focused mainly on the animal-human interface, called “One Health” that links human medicine, veterinary medicine and the environment. Dr. Richt has edited several books, published more than 190 peer-reviewed articles and raised more than $33 million in grants for veterinary research. Haval Shirwan is Professor of Child Health and Molecular Microbiology and Immunology at the University of Missouri, Columbia, MO, USA. He conducted his Graduate studies at the University of California in Santa Barbara, CA, and Postdoctoral studies at California Institute of Technology in Pasadena, CA. Dr. Shirwan joined the University of Missouri in 2020 after holding academic appointments at various academic institutions in the United States. His research focuses on the modulation of immune system for the treatment of immune-based diseases with particular focus on type 1 diabetes, transplantation (cell, tissue, and solid organs), and cancer immunoprevention and immunotherapy. He co-pioneered with Esma S. Yolcu the concept of transient and positional display of novel immunological ligands on biologic surfaces as a practical alternative to ectopic gene expression for immunomodulation. He is an inventor on over a dozen of worldwide patents, widely published, organized and lectured at numerous national/international conferences, and member of several national and international societies.

Editor-in-Chief of OBM Hepatology and Gastroenterology 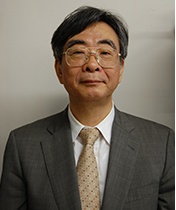 Dr. Yokosuka was the Secretary General of APASL (2008-2014). In 2016, he was elected as the President of APASL Tokyo, the President of 52nd Annual Meeting of Japan Society of Hepatology, and the President of Funabashi Central Hospital. Dr. Yokosuka’s research mainly focuses on Hepatitis and Hepatocellular Carcinoma. So far, he has published more than 700 original papers.

The Associate Editor of OBM Hepatology and Gastroenterology